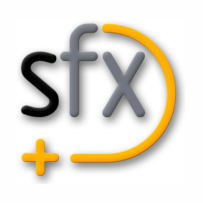 Today SilhouetteFX™ officially launched the release of Silhouette V5 with the new 3D features based on 3D Impact Media’s conversion technology. SilhouetteFX, already considered the gold standard in stereo roto, paint and keying, is greatly enhanced in version 5. An innovative hybrid raster / vector paint system, semi-automatic 2D to 3D conversion, and a fresh look at shape-based warping and morphing are just three of the upgrades from the extensive list of new features in V5. SilhouetteFX, first launched in 2004, is a dominant player in high end paint and roto for visual effects. More recently, Silhouette has become an important tool in the 2D to 3D conversion workflow and where they are now expanding through the strategic partnership with 3D Impact Media by offering the RealityTools technology in a S3D option within Silhouette. V5, introduced today, is the single largest upgrade in the Silhouette’s history and incorporates hundreds of upgraded and new features.

SilhouetteFX’s understanding of visual effects allows them to design productive and highly specialized software. Their products stand up to the rigors of production and are the culmination of many years of experience. Add an Academy Award for Scientific and Technical Achievement, 3 Emmy Awards, and experience in creating visual effects for hundreds of feature films, commercials, and television shows and you have a combination that can’t be beat.

3D Impact Media is proud to be a strategic partner of SilhouetteFX™ and that we have been chosen to be part of this great solution for 3D post-production and conversion.

The full press release from Silhouette can be here.